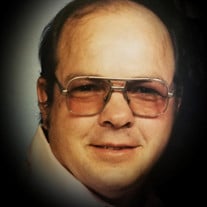 Chester Hensley, 76, of St. Albans passed away Saturday, January 18, 2020 at his home with his family by his side. He was born in St. Albans to the late William and Lucy Ward Hensley. He was preceded in death by his sisters, Dolly Larck, Virginia Wileman, and Dorothy Gillispie; brothers, Donald, Billy, and Luther Hensley; niece and surrogate daughter Carol Chandler; and great-grandson Owen Dye. Throughout the latter part of his childhood years and into his teens, Chester lived with his oldest sister Virginia, and her husband Allen. Allen died in 1971, but the positive impact he made on Chester would last a lifetime. Chester credits him with his high work ethic and determination to succeed. Chester’s nieces and nephews became more like brothers and sisters. They are Elsie Leggett (deceased), Lucy Gerken (deceased), Allen Wileman Jr. (deceased), Lois Stancill (deceased), Delbert Wileman (living), and Eleanor Stambaugh (living). Chester moved to Ohio in the late 60’s where he began working at the Chrysler Corporation. While living in Ohio, he built the family home from the ground up with the help of Do It Yourself books and few close friends. He retired from the Chrysler Corporation in 1979 and returned to his hometown of St. Albans. He invested in rental property, became a self-employed contractor, and later retired from the Kanawha County Board of Education. In addition to Chester’s full-time jobs, he worked for the Teays Hill Cemetery Association starting in the mid-1980s. Three accomplishments Chester was most proud of were: 1. Serving in the US Army as a General Supply Specialist  Chester successfully completed the Supply Clerks Course MOS 760 in March of 1963 at Fort Polk, Louisiana; and the General Supply Specialist Course at Fort Lee, Virginia Quartermaster School in April of 1963  Chester was a proud veteran, and served a part of his time during the Vietnam War  He received the National Defense medal (after his discharge), which was awarded to all service members including those who did not serve in the war zone, for serving honorably during a time of war or conflict that was designated as a national emergency  Chester also received the Good Conduct Medal, which is awarded for exemplary behavior, efficiency, and fidelity in active Federal Military service and is awarded on a selective basis  Additionally, he earned an expert level Army Marksmanship Qualification Badge using an M-1 rifle   2. Earning his high school diploma at the age of 54  Chester’s highest level of education was the 7th grade, until 1997 when he earned his high school diploma (not a General Education Diploma) after returning to night school through the Kanawha County Adult Education Program 3. Serving as Sexton for the Teays Hill Cemetery Association  Chester held various job positions throughout his 34+ years with the cemetery  He started as groundskeeper and grave digger, and eventually became sexton  Chester’s passion was caring for the cemetery; so much so that he refused to resign until only eight months prior to his death. Even through the last weeks of his life, he was deeply concerned that there was work on the cemetery that he should be doing Chester may have started life as a poor boy from a rundown part of St. Albans, but his life ended with his head held high and never forgetting where he came from. Surviving are his loving wife of nearly 55 years, Rhoda Lunsford Hensley; his daughter, Sandy Cunningham (Charles); son, Shannon Hensley of St. Albans; ex-daughter-in-law, Jennifer Hensley of Florida; three surrogate daughters: Della Estep, Michelle Scarberry, and Patricia Hensley; grandchildren: Cody, Casey, Cory; Jamie and Samantha; Justin and Kayla; great grandchildren: Braylyn, Abel; Travis; Candace, Bradyn, Brooklyn, and Kinsley; surrogate grandchildren: Baily, Ryan, and Josh; and his Lone Ranger movie buddy and surrogate granddaughter Ashley Meddings. A heartfelt thanks to his best friend and camping buddy, Harold Hazlewood and his wife Lucy (Chester’s niece) for helping to make it possible for Chester to take one last trip to the mountains during the fall of 2019. We would like to thank everyone who has and continues to provide us with a strong support system during this difficult time, including special nieces Eleanor Stambaugh, Bonnie Domina, Lucy (Harold) Hazlewood; our best friends Pearl and Susan Harmon; as well as other family members and friends: Joann Steele, Virginia Lovejoy, Michelle and Tracy Scarberry, William Hensley, Patricia Hensley, LeeLee Russell, C. Beatrice Adkins, Luther Hensley, John Adkins, Rob and Omazell Keeler, Joann Racer, Robert Gillispie, Tiara Chandler, Ashley Garrett, Charles Cunningham, and the Teays Hill Cemetery Association. A special note of appreciate to Pastor John Gillenwater for visiting Chester at home to pray with him. Words are not enough to express our gratitude to those with the VA in Huntington and South Charleston, and Dr. Carroll, who have taken such exceptional care of him over the years; especially during the last 6 months. We are impressed at how seamlessly the VA worked with Amedisys, and then Hospice (Amanda, Mary, Holly, and all others), to ensure that he was well cared for up until the end. We could not have been assigned better doctors, nurses, and CNAs. The professionalism, compassion, and patience shown by the staff at Bartlett-Nichols Funeral Home is very much appreciated. Funeral service will be held at 2:00 p.m. Sunday, February 2, 2020 at Bartlett-Nichols Funeral Home, St. Albans with Pastor Stephen Neese officiating. Burial will be in Teays Hill Cemetery, St. Albans with Military Honors. Friends may call one hour prior to the funeral service. You may visit Chester’s tribute page at bartlettnicholsfunerahome.com to share memories or condolences with the family. Bartlett-Nichols Funeral Home, family owned and located at 409 Sixth Ave., St. Albans is honored to serve the Hensley family.

Chester Hensley, 76, of St. Albans passed away Saturday, January 18, 2020 at his home with his family by his side. He was born in St. Albans to the late William and Lucy Ward Hensley. He was preceded in death by his sisters, Dolly Larck, Virginia... View Obituary & Service Information

The family of Chester Hensley created this Life Tributes page to make it easy to share your memories.

Send flowers to the Hensley family.