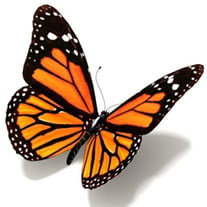 Regena Miller, 85, of Red House passed away, Wednesday, March 23, 2022 in Hubbard Hospice House West, South Charleston. Born in Cottageville, West Virginia, she was the daughter of the late Charles and Flora Slaughter McKay. She was also preceded in death by her husband, Lee Miller and grandson, Philip Knapp. She was a homemaker and also a former employee of CAMC Memorial Division in Housekeeping. She was also a member of Nitro Church of God. Regena was a loving wife, mother, grandmother and great grandmother who will be missed by all who knew her. Surviving are her children, Terry Miller of Ravenswood, Becky Brown of Ravenswood, David Miller (Janet) of St. Albans, Sherry Knapp (Buzz) of Red House, Janet Pennington (Kenny) of Nitro; Several grandchildren and great grandchildren. Funeral services will be held at 12:00 p.m. Saturday, March 26, 2022 at Cunningham Memorial Park Upper Mausoleum Chapel, Saint Albans with Pastor David McCormick officiating. Interment will follow at Cunningham Memorial Park, St. Albans. The family will receive friends one hour prior to the funeral service. In lieu of flowers the family suggests donations be made to HospiceCare, in memory of Regena, 1606 Kanawha Blvd, W., Charleston, WV 25387. You can visit Regena’s tribute page at bartlettnicholsfuneralhome.com to share condolences or memories with the family. Bartlett-Nichols Funeral Home, family owned and located at 409 Sixth Ave., St. Albans is honored to serve the Miller family.

The family of Regena Mae Miller created this Life Tributes page to make it easy to share your memories.

Send flowers to the Miller family.