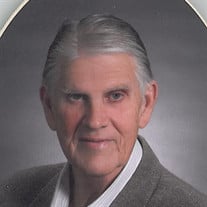 Ronald Lee Lyons, 86, of St. Albans, West Virginia, passed away on Friday, September 13, 2019, at St. Mary’s Hospital in Huntington, WV, after a short illness. Ron spent most of his young years in Whitesville, WV. He was a graduate of Sherman High School, Class of 1952, where he was team captain and a three-year letterman in both football and basketball. He earned a B.A and M.A from Marshall University. He was also a Veteran of the United States Army. After serving with the Army and following his graduation from Marshall, Ron was an English teacher and coach at Sherman High School. Ron was retired from Kanawha County Schools following 34 years of service having worked as a teacher, counselor, and school administrator. His passion for learning and teaching were evident throughout his life. He valued education and its benefits and instilled that value in his children and grandchildren. Ron was a long-time member of the First Baptist Church of St. Albans, where he taught Sunday School and served as a Deacon of the Church. Ron was active in the community in a variety of ways. He was a former member of the Charleston Westside Lions Club; charter member of the Phi Delta Kappan at Marshall University; NEA, NASSP, WVSSP, St. Albans High School Scholarship Committee member, Little League and grade school basketball and baseball coach. One of Ron’s most satisfying accomplishments in his life was achieved while serving as principal of Nitro High School. It was during a routine day that a student was terribly injured and needed lifesaving measures. For his actions, he later received the Phoenix Award, presented by the American Red Cross for assisting in saving the life of a student. Ron always strived to live his life according to Luke Chapter 9:45-60. He was preceded in death by his wife of many years, Carolyn West Lyons; mother Gracie Stewart McGuire and father Roscoe D. Lyons; brothers Roy Stewart and Howard Stewart; and sister, Delphia Aleshire. Surviving are his daughter, Rhonda Lyons Donohoe and son-in-law John Donohoe; son, Patrick Lyons and daughter-in-law Susan Lyons, and two grandchildren, Madisyn and Michael Lyons. Visitation will be held on Sunday, September 15, 2019, from 2:00 PM to 4:30 PM at Bartlett- Nichols Funeral Home in St. Albans. Funeral service will be held at 1:00 PM Monday, September 16, 2019, at Bartlett-Nichols Funeral Home, St. Albans, officiated by Rev. Joel M. Harpold of First Baptist Church. Burial will follow at Cunningham Memorial Park, St. Albans. You may visit Ron’s tribute page at bartlettnicholsfuneralhome.com to share memories or condolences with the family. Bartlett-Nichols Funeral Home, family owned and located at 409 Sixth Ave., St. Albans is honored to serve the Lyons family.

Ronald Lee Lyons, 86, of St. Albans, West Virginia, passed away on Friday, September 13, 2019, at St. Mary&#8217;s Hospital in Huntington, WV, after a short illness. Ron spent most of his young years in Whitesville, WV. He was a graduate of... View Obituary & Service Information

The family of Ronald Lee Lyons created this Life Tributes page to make it easy to share your memories.

Send flowers to the Lyons family.