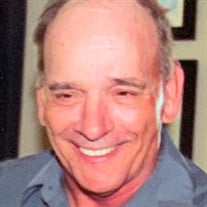 Sgt. First Class, Retired, Francis “ Frank” Milton McBride, 72, of Clendenin passed away Sunday, February 14, 2021 at CAMC Memorial Division, Charleston, WV. He was born on December 21, 1948. As a young child, he enjoyed playing music with his brothers and family. A passion for music was a golden thread that was woven through the tapestry of his entire life. He was challenged by learning to play the steel pedal guitar, which he perfected and played all over alongside of well known country artists. Frank was a Veteran with the U. S. Army, Special Forces with 20 plus years of service having served during the Vietnam War and other conflicts. He was in the 101st Airborne Division and was part of taking back the Embassy in Saigon. He received many medals with honorable awards including a Bronze Star, National Defense Service Medal and an Army commendations to his dedication and bravery for his patriotism and bravery. The discipline and patriotism he learned in the Army never left him, as friends and family will attest. His love for his country, God and music exceeds many. He is preceded in death by his parents, Raymond and Vera McBride, Aunt and uncle who raised him, Robert and Francis Carter and his brother Rev. Darrell McBride. Left to cherish his memories are his children, Misty McBride Young (Christopher) of Monroe, Georgia, Christy McBride Cox (Mercer) of Madison, Georgia., Paul McBride (Paula) and Jason Frank McBride (Jennifer) both of Winder, Georgia., and a brother, Raymond McBride of Cross Lanes, WV and also surviving are 11 grandchildren. We rejoice in celebrating his life and legacy and the peace that we will see him again. He is truly a Hero. The family has asked that you wear a mask and that social distancing be observed throughout the visitation and services. Funeral service will be held at 2:00 p.m. Friday, February 19, 2021 at Donel C. Kinnard Memorial State Veterans Cemetery, Dunbar, WV. The family will receive friends from 12:00 to 1:30 p.m. Friday prior to the funeral service at Bartlett-Nichols Funeral Home, St. Albans. You may visit Frank’s tribute page at BartlettNicholsFuneralHome.com to share memories or condolences with the family. Bartlett-Nichols Funeral Home, family owned and located at 409 Sixth Ave., St. Albans is honored to serve the McBride family.

The family of Sgt. First Class, Francis Milton 'Frank" McBride created this Life Tributes page to make it easy to share your memories.

Send flowers to the McBride family.